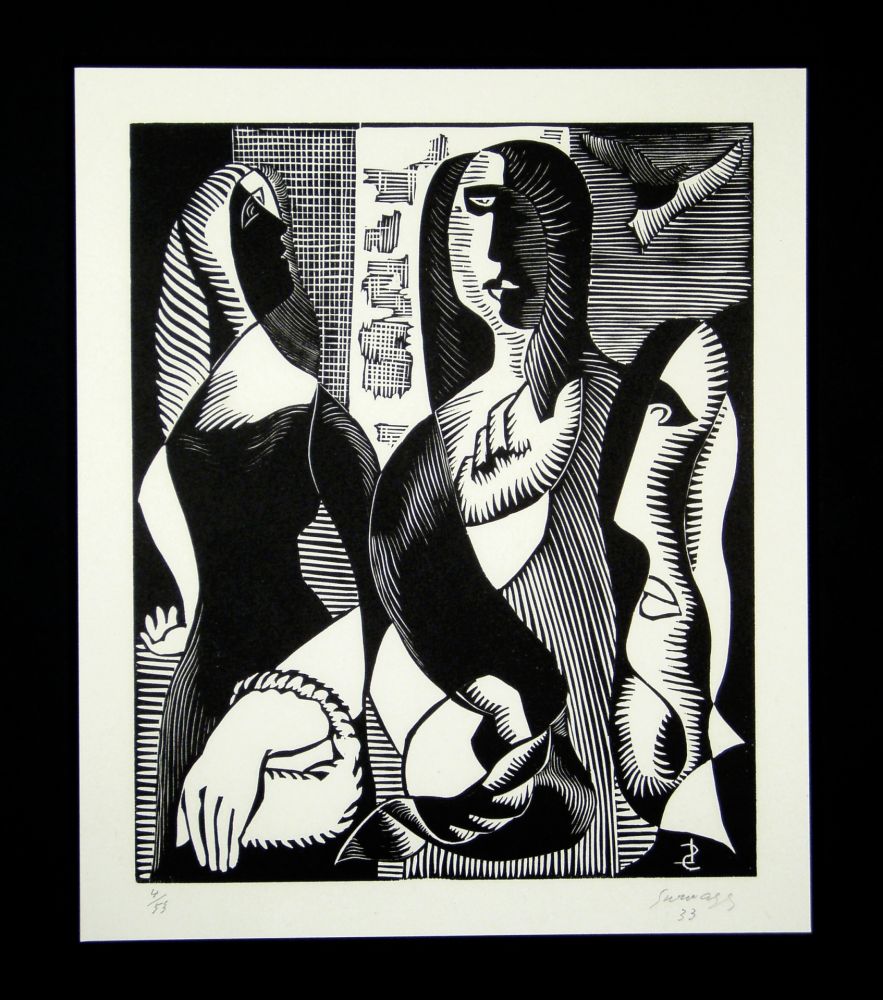 Woodcut on wove paper, 22 x 18,1 cm. Monogrammed in the block. Numbered, signed and dated in pencil.

While in Germany in 1933 a world finally collapsed, not only for free art, in Paris the dispute between more or less "revolutionary" Surrealists went into the next round. Survage (actually: Leopold Friedrich Sturzwage), born in Finland in 1879, had already moved to Paris in 1908, where he joined the artists of Montparnasse, was portrayed by Modigliani and where he became friends with Matisse. Survage also experimented with the medium of abstract film, produced stage and costume designs for the Ballets Russes and provided textile designs for the house of Chanel in 1933. This woodcut could also have been created in this context. 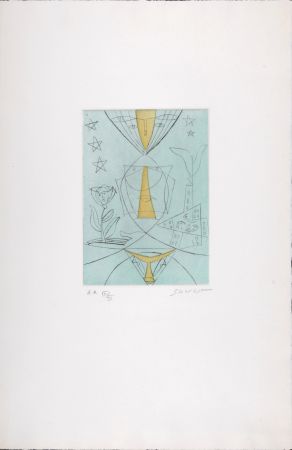 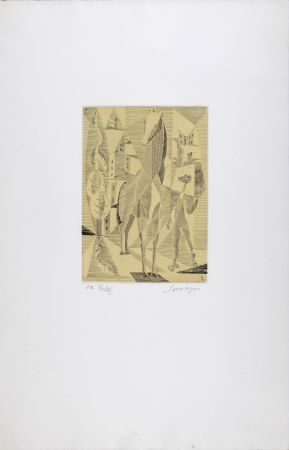 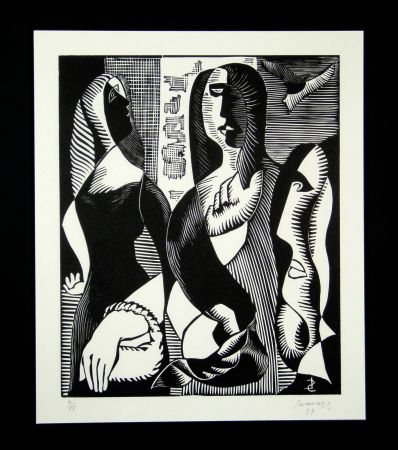