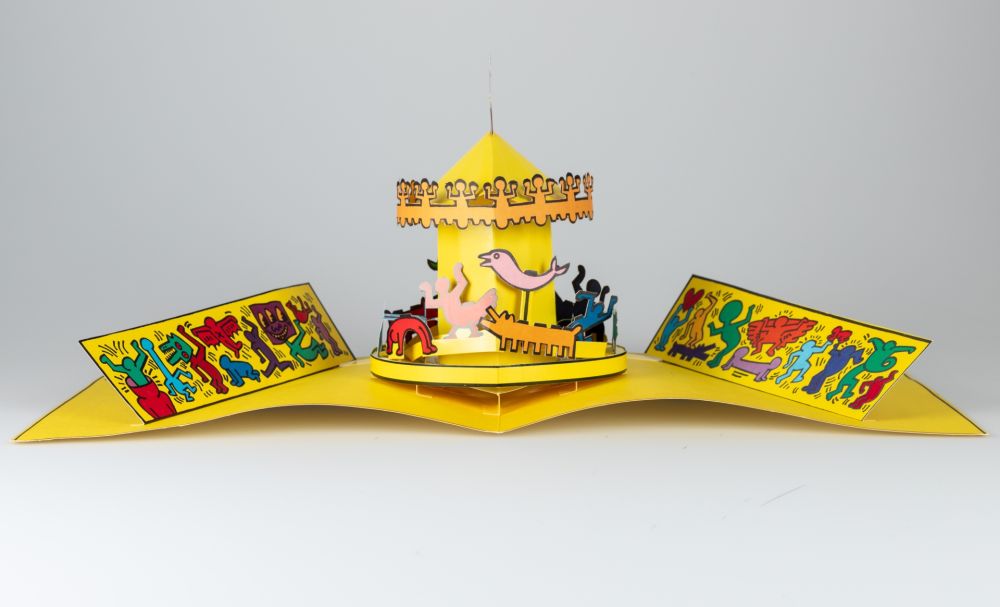 About the work:
"Luna Luna was a project organised by Andre Heller for “A Fair with Modern Art” which took place in Hamburg in 1987. There were about 30 artists who took part in this project all of whom made objects for the Fair amongst whom was Keith Haring. His idea was for a Merry Go Round for which he made some posters and the Pop-Up sculpture. This was the only such object which he made during his career - and it was no doubt in memory of his hero, Warhol, who had made his famous “Index Book” 20 years earlier. The edition size of the sculpture was 2000 copies. Most of these were destroyed immediately after the Fair in an accident. The supplier bought all the remaining copies at the time. The total number of copies available is said to be “nearly 100 pieces”."


A regular certificate of authenticity will be included 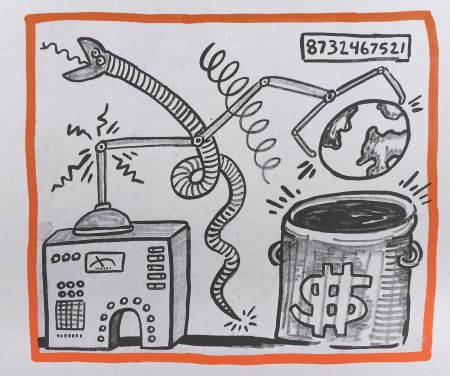 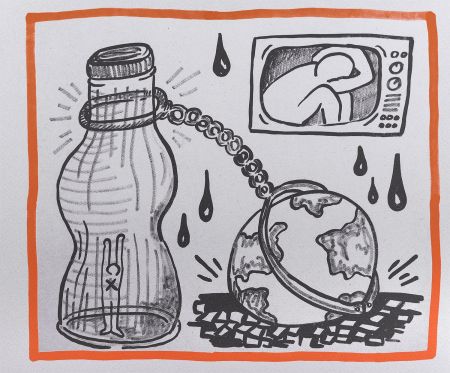 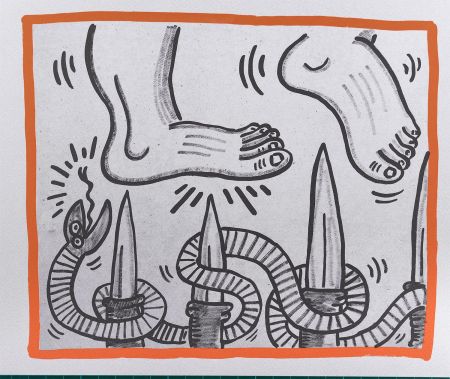 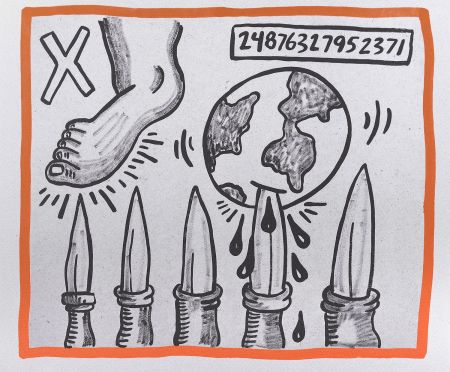 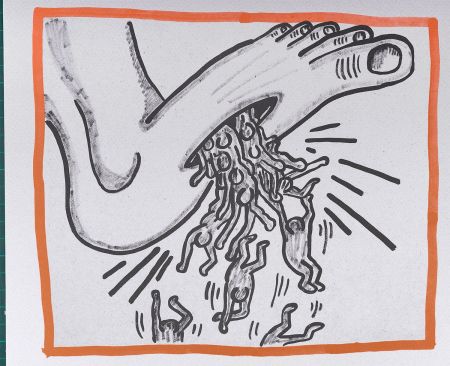 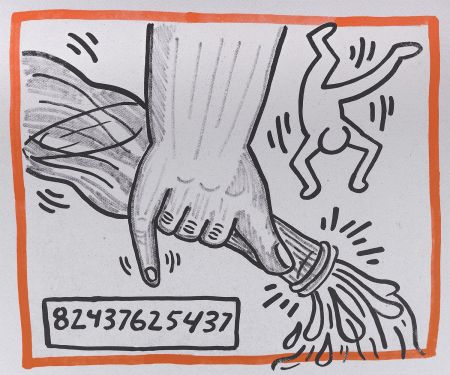 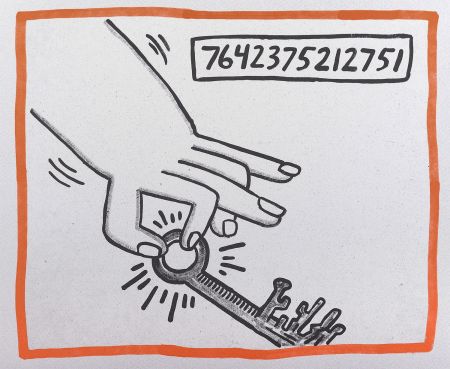 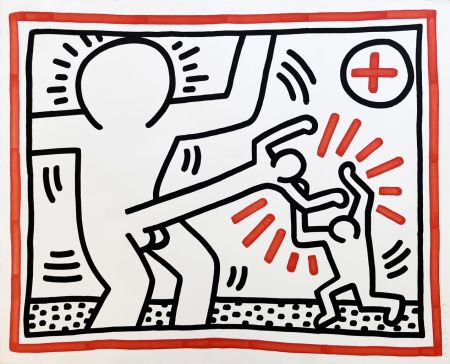 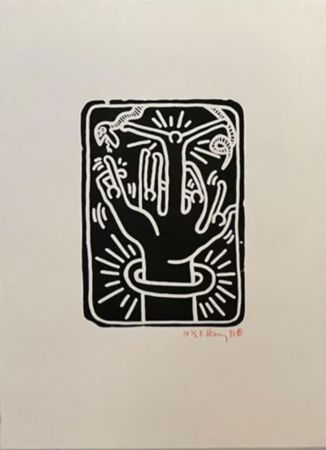 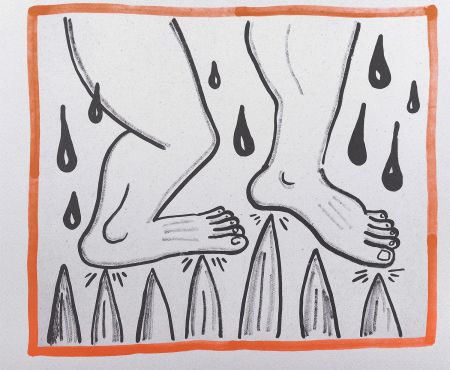 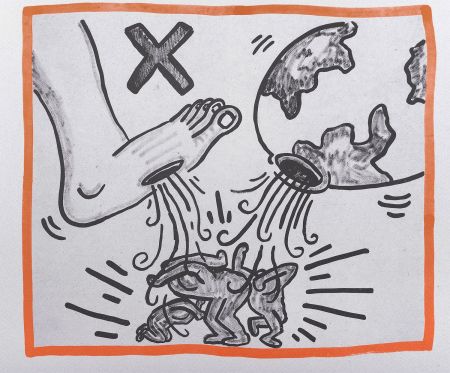