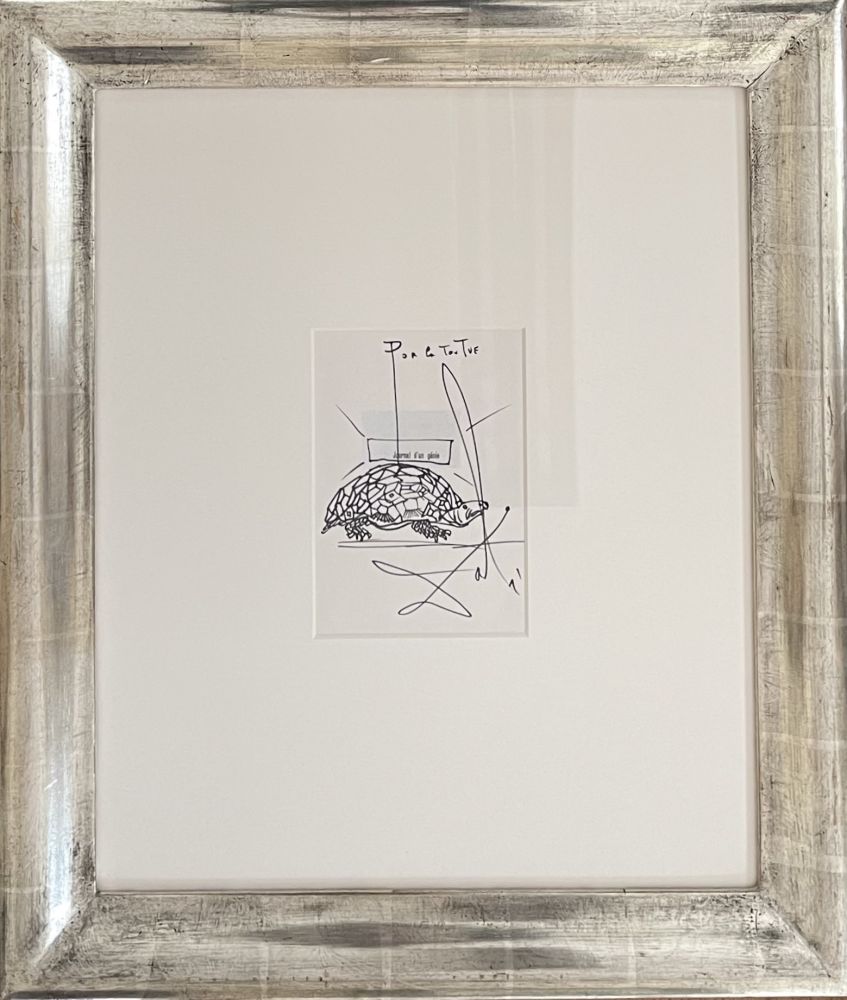 Title: La Tortue
Medium: Original pen and ink drawing, 1964, dedicated to Richard de Grab, “Por la Tortue”, signed by the artist in pen. Above the Turtle is printed “Journal dun genie”, on an unwatermarked page
Authentication: A certificate of authenticity from the noted expert, Nicholas Descharnes, is in course of preparation.
Provenance: This comes from the Estate sale of the noted photographer Richard de Grab whose illustrious career allows him to photographs many of the important artists of the 20th century,
Note: Dali made quite a few drawings and prints relating to the tortoise during his career. The 1967 etching showing the animal with a lined shell is remarkably similar in composition to our piece.
This was made on a page of a work by Salvador Dali entitled “Journal d’un genie, La Table Ronde Paris”. Diary of a Genius stands as one of the seminal texts of Surrealism, revealing the most astonishing and intimate workings of the mind of Salvador Dalí, the eccentric polymath genius who became the living embodiment of Surrealism, the 20th century's most intensely subversive, disturbing and influential art movement.  Dalí's second volume of autobiography, Diary of a Genius covers his life from 1952 to 1963, during which years we learn of his amour fou for his wife Gala, and their relationship both at home in Cadaqués and during bizarre world travels. We also learn how Dalí draws inspiration from excrement, rotten fish and Vermeer's Lacemaker to enter his "rhinocerontic" period, preaching his post-holocaustal gospels of nuclear mysticism and cosmogenic atavism; and we follow the labyrinthine mental journeys that lead to the creation of such paintings as the Assumption, and his film script The Flesh Wheelbarrow. It is an impressive, if not incomprehensible, work
Size: 20 x 23 cms 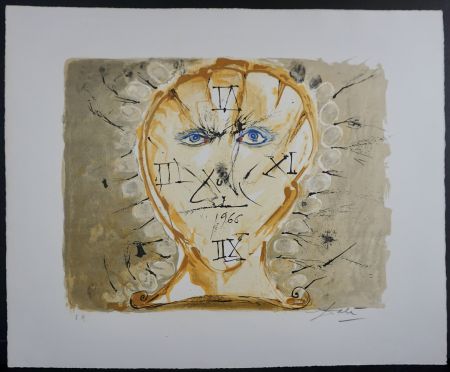 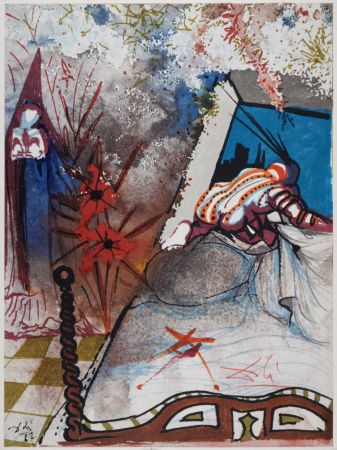 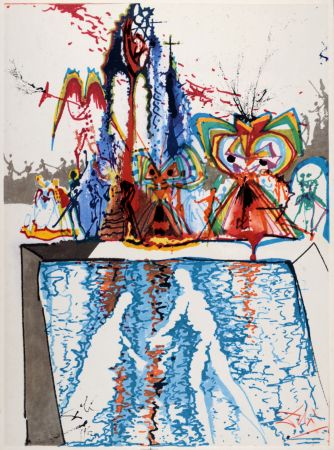 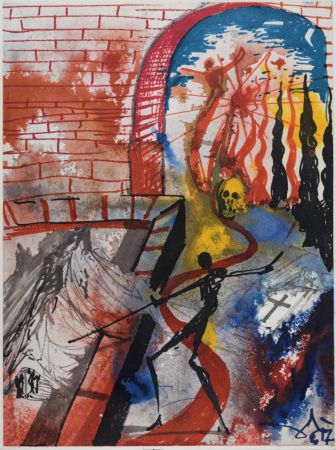 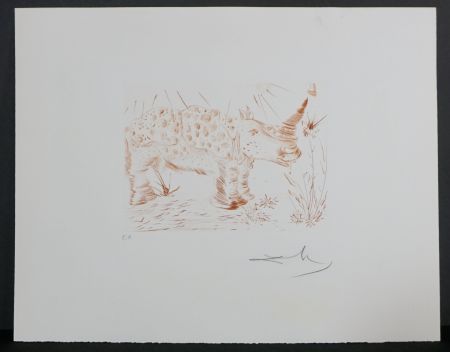 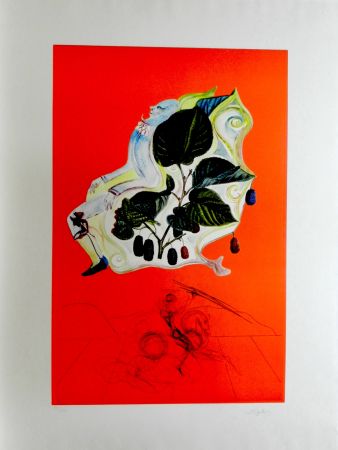